Here's a list of old episodes in date order! There have been some great conversations so feel free to binge them all!

<< Back to main page 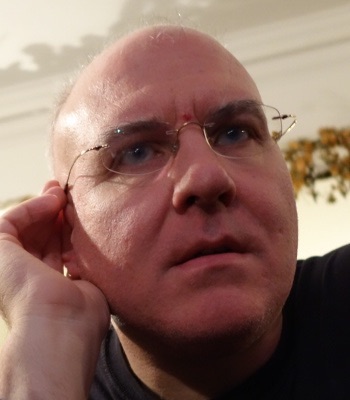 Content Warning - May Contain Adult Language or Themes
Or on your favourite podcast app:

David is the author of Attack of the 50 Foot Blockchain: Bitcoin, Blockchain, Ethereum & Smart Contracts and, most recently, Libra Shrugged: How Facebook Tried to Take Over the Money.

I've actually known David for many years, having slouched around the London alternative scene with him in the early 2000s when we could both still hack the pace. These days, he's a systems administrator for a publishing company. He also spends an awful lot of time on Twitter refreshing the page and commenting on crypto topics. It's fair to say that he's a sceptic about all of this stuff ... he's not convinced that there's any real merit to Bitcoin as a currency, that business blockchains solve any problems that can't be solved in other, better ways, or that smart contracts are either smart or contracts.

If you'll excuse the interruption (this is a one time message)


Thank you for checking out the podcast! I love making these episodes and sharing with you.

Enjoy the episode! And thanks again for coming - it means a lot.